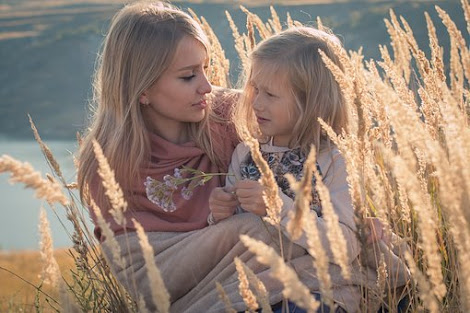 - Age between 5 and 13: adaptation to relationship

- Age between 13 and 20: Formation of self-identity

It is important to live and exist by making the physical body to survive by itself in order to live as a PIR. So, this period is called survival. Since this period is for survival, early education from age 2~3 is useless in psychology.

In the stage of adaptation to relationship, it is the process of making habits of how to form human relationships; in the stage of formation of self-identity, it is the period of making methods of how to pursue self-actualization one’s habits. These habits are one’s standards. Decisions are made according to these habits. Therefore, a person perceives many things fast since he or she is forming self-identity. The speed of making habits is also fast in this period of underage.

In the stage of adapting to relationship, understanding and being reasonable are not what matters. So, children usually listen to what their parents and teachers say and tell them to do. However, understanding is needed when forming self-identity. Children cannot accept what they cannot understand. They try to understand what adults like parents and teachers say when it doesn’t fit their feeling as they form self-identity. When they try to understand, stress and wounds occur.

Due to this, children in this stage of forming identity tend to speak or act in a way that doesn’t fit what adults want, or they feel lost because they cannot understand what adults say. When what adults say and how they act are contradictory to each other, children cannot understand that and start having conflicts, being disobedient, and expressing their own opinions. If these expressions are suppressed, they shut off their relationships with others unknowingly and try to do things as they wish.

Reasonable understanding is necessary for this period. If they think they are irrational, stress and wounds will operate. This is why formation of self-identity is the most difficult period. One must form his or her own identity. Neither parents nor teachers can form that person’s identity instead.

Self-actualization is to pursue meanings and values. Meanings are emotion of happiness; for values, you can choose among economic value, relational value, social value. If you set your goal towards the direction where you can become a person who contributes to public welfare and show dedication, you will form your self-identity to fit this goal. However, school educations provided these days are the same as vocational educations focused on economic values. Students take aptitude tests and vocational educations when they go to middle schools. This is educating students not to form self-identity but to practice self-actualization in the stage of forming self-identity. Formation of elf-identity is the period of forming habits. Self-identity is being formed through reasonable understandings since standards of thoughts are being formed.

You pursue self-actualization until the day of death from this period You live as you pursue meanings and values endlessly. So, 1 year from age 5 till 20 is the same as 10 years after becoming an adult. New habits are more important and are formed faster in the stage of forming self-identity.

Psychology develops in 4 stages. However, since the educations provided are mostly knowledge educations, adaptation to relationships and formation of self-identity cannot be done well. Children study well, go to great universities, and have nice jobs, but they become lost after they become adults and practice self-actualization because they have not formed self-identities in the right way. Therefore, they cannot choose and make their own decisions unless their parents or teachers lead them even after they become adults. There is a newly coined word recently called ‘decision-making disorder,’ which means being indecisive when decisions need to be made. You need to be advised by someone else, but this advice is not your self-actualization. Nevertheless, you make these choices and decisions of others into actions because you have not formed your self-identity yet. You do not know what to choose by yourself since habits, which are standards of thoughts, are missing. You are facing difficulties of making your own decisions, which your teachers and parents used to do all for you, after you become an adult.

It is important to try making choices and decisions on your own and experience failures and successes when forming self-identity. Therefore, trials and errors are unavoidable in the stages of adapting to relationship and forming self-identity. It is the process of making habits and standards as a PIR in order to pursue self-actualization. Mistakes from trials and error should be acknowledged, but these mistakes are unacceptable in modern society that we live in. In stages of adapting to relationship and forming self-identity, one must form one’s own standards such as ‘this is what I need to do, this is what I shouldn’t do, this is good, this is bad’ through repeating mistakes and experiencing many trials and errors. That is how a person makes habits and standards in his or her own way of what to do in human relationships after becoming an adult and of what to do in order to pursue meanings and values.

Children only have the right to form self-identity in the stages of adapting to relationship and of forming self-identity. Under-aged people under age 20 are protected by parents, teachers, nation, and society. Responsibility must not be asked to children about trials and errors of mistakes unless they have committed crimes that severely damages others. Especially, children under age 13 must not receive criminal punishment since they are in the stage of adapting to relationships. They are not old enough to be responsible for what they have done.

Making decisions and judgments by oneself should be on in the stage of self-actualization. What pursues self-actualization is self-determination. Cause of decision-making disorder is that one is missing the right of self-determination. Mostly, one lacks enough trials and error to have self-determination by parents and teachers saying ‘that’s not, don’t do it, don’t even try if you are going to do like that, don’t do this, this is bad…’ They don’t say ‘try it, nobody worries about that, that’s all right, it’s okay to make mistakes, you can recover it.’

Speed of recovery is very fast in the period of forming self-identity. Habits and standards are formed through mistakes. This formation of self-identity is the right. Self-determination must be made in this period. Whatever you do, you must make your own decisions; when pursuing self-actualization, you have the right to decide. That is self-determination. The right to make decisions about human relationships and the right to choose and decide when pursuing meanings and values are necessary. Instead, responsibility must follow when practicing these rights. However, parents or teachers try to give responsibilities instead of forming these rights.

According to this, under-aged children in the stage of forming self-identity should be taught what the right of self-actualization is and allowed to experience many trials and errors. They must know what to make their own decisions and what not to do when they pursue self-actualization by themselves or with others and when they pursue meanings and values. When problems occur in the middle of pursuing self-actualization, they must also know that they need to be responsible for the problems. That’s why there are reasons for each learning stage so that the rights and the responsibilities can operate together. We are taking so many things from children. We must think if we are taking their rights away and throwing responsibilities.

The representative example is sex education. Children need to take sex education when their age is over 5. You will read about the seriousness of xes later, but we first need to know the reason of giving sex education to young children. It is the same as forcing children to ‘be responsible since they know about xes from now on.’ Determination is never taught to them. It is so irresponsible to force them to be exposed to xes and to be responsible for that. Parents, teachers, and even the government are all very irresponsible. It is the same as forcing them to practice self-actualization in the period of forming self-identity. This is not right. Even if they make mistakes, they must be given the right. They could make mistakes, but they must not be asked to be responsible for their mistakes. They must know what xes is exactly in order to be responsible, but they’re learning sexual behaviors. The situation is much more serious than you think.

Therefore, they start adapting to minimum relationships related to human relationships between age 5 and 13. Also, you may think that it is the period of making habits that pursue self-actualization (meanings and values) from age 13 till 20. With habits formed in the period of forming self-identity, you need to become an adult, have your right, and, be responsible for the right you have. Perception, memory, and expression which are all psychology develop in these 4 stages. The mind just handles problems occurred; the psychology of perception, memory, and expression is operated. That’s why these stages are called the developmental process of psychology.

Children in adolescence are also called rebellious teenagers; however, the age when children experience adolescence is getting lower. Children now experience adolescence when they are in elementary school. Junior high and high schoolers suffer in difficulties because they are responsible for everything by their own self-determination. They cannot handle problems if they cannot understand them rationally. They have never learned from anywhere; nobody teaches them; they are just told ‘not to do things.’ Still, no one explains to them why they are not supposed to do things. That’s why they cannot understand and accept the situation. One of what rebellious teenagers have in common is that they think they are right. They only do things that they can reasonably understand. Other than that, they won’t listen to anybody making their surrounding people feel difficult.

For example, if a teacher who is a smoker tells students to not smoke, students cannot understand why they can’t smoke. They think ‘why is he/she telling us to not smoke when he/she smokes?’ A child cannot also understand when his/her father doesn’t allow his child to drink when he drinks a daily basis. If he says ‘I can do that because I am your father. You need to listen to me because I am the one raising you,’ it is the same as forcing them to obey not making them understand reasonably.

When a new semester comes, students can have chances to do new things that they have not yet done last semester. Students can adapt to new semester well if they are explained why they have new chances; this can remove the syndrome because this syndrome actually doesn’t’ exist. However, parents and teachers have made this syndrome because they are uncomfortable with that students do not listen to them, and they discipline students more strictly. Students cannot understand this and behave in a weird way; Adults call this syndrome.

Like this, adaptation to relationship and formation of self-identity are very important. It is needed to form habits and standards well in these periods. It is fine to make mistakes and experience trials and errors. Instead of forcing them to be responsible for what they have done, you need to encourage and fix them. Not many problems will occur if they are fixed in the range that they can understand rationally. Then they will be able to live as they practice meanings and values when they become adults after these periods. Therefore, what adults need to do is to acknowledge children’s mistakes, trials and errors they make in the process of making habits and standards and to protect their rights when children are under age.

It happens sometimes that a woman gets a divorce due to husband infidelity and remarries a man being convinced that her second husband will ...