A teenage boy who gets furious upon the slightest stress 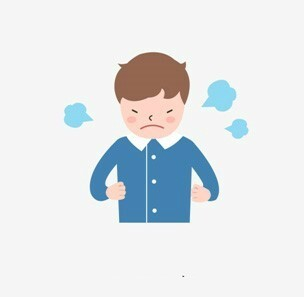 A 17-year-old boy who was suffering from incidents of rage explosion upon the slightest stress visited for consultation. Not only the boy but also all his family members were suffering due to the boy's condition. The boy had had the condition for almost 3 years. He was diagnosed as having adjustment disorder by psychiatrists and given the prescription for medication for remission of symptoms. His parents were against medication and they had him take many sessions of psychology counseling to no avail. His parents referred the boy to me as the last resort.

I talked with the boy and analyzed his unconscious. It turned out that he had a healthy mind and psychology. It was only that he was not able to control his expression of the unconscious and compulsion and obsession continued making his stress being expressed outwardly by the operation of the unconscious. I explained how human mind and psychology operate and how the unconscious and the conscious operates. He understood why he suffered from such symptoms and realized that he had normal psychological operation basically. He was able to accurately understand the cause of his problems and analyze the manifested symptoms based on the understanding. We didn't have to talk about his childhood experiences or family structure to address his problem since information on the past experiences or external factors is irrelevant to solving the present psychological problems.

It takes much shorter time to solve teenagers' psychological problems compared with adults' problems. Teenagers easily understand and instantly adopt the operational mechanism of human mind and psychology when they learn about it, which makes consultations for teenagers quite rewarding and worthwhile. It took less that 3 months for this boy remove the symptom of rage explosion. All he needed was to adjust his unconscious for stable operation. Also, he learned about how to heal stress as soon as they flow in and build his own healing system for stress by controlling his unconscious.

[Infidelity Therapy] Spouse infidelity is painful, but you must make the right choice for your future.  When the ...