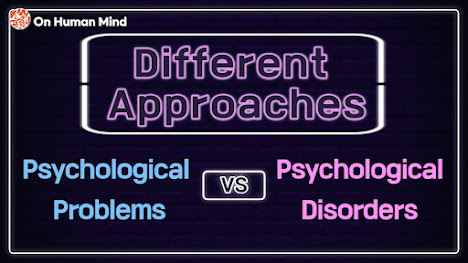 Psychology is the manifestation of the result of the interaction between the mind and the body. Three components of psychology are perception, memory, and expression. In the process of psychological operation, facts and emotions are recognized in the conscious. Facts and emotions are recognized connected with each other in perception, memory, and expression.

Psychological operation is important since it involves emotions. The treatment of psychology attempts to normalize the recognition of emotions in perception, memory, and expression although facts always stay the same. It is important to understand where emotions come from to apply psychology treatment in an adequate way. We mistake that emotions that accompany facts in perception flow in from outside attached to the facts. However, emotions do not flow in or come in from outside. Emotions that are recognized in the conscious in the process of perception, retrieving memory, and expression are not to be directly considered as the operation of mind.

The emotions that you feel is recognized only by yourself. Facts are objective but emotions attached to facts are absolutely individual and subjective. When you are convinced that facts and your emotions connected with the facts are inherently attached together, you become to have a distorted perception of facts and emotions. Then, you may apply your subjective emotions and ideas to view and judge all information that are perceived. When you perceive all the facts connecting them with negative emotions, you are considered to have developed perception disorder and you need to adjust the unconscious operation of generating emotions.

Emotions are categorized into positive, negative, and void ones. Void emotions refer to the emotional state where you feel comfortable and your unconscious does not produce either positive or negative emotions upon psychological interactions. The processes of perception, memory, and expression do not lead the unconscious to generate any type of emotions but just operate facts. The emotional state of voidness is considered to have the value of zero whereas positive state of pleasure and joy has plus value and negative state of anger and sorrow has minus value. No one else but yourself can sense your emotional state. We keep adjusting our emotions to perceived facts in the process of pursuing happiness. When we sense negative emotions, our unconscious attempts to generate positive or void emotions by transforming negative emotions into positive or void emotions.

When you have negative emotions and feel difficulties inside yourself, it is the problem of your emotions regardless of what happened as facts. People misunderstand that the change of facts or situations will make them feel better. You cannot change facts that have already happened, but when you change your emotions attached to facts to positive or void ones, you do not perceive the fact as a problem any more and feel as if the problem has been solved. This process is referred to as 'healing'.

Sometimes, other people help you feel better by being considerate, providing empathy and consolation, and building rapport. From the perspective of mind operation, empathy is impossible to build since emotions are sensed only by the person who generates them. Others cannot possibly recognize what you feel. With this respect, building rapport is also meaningless and impossible to help you since emotions are recognized only by yourself. When you really feel empathy for sad or happy emotions of others, it is not that you share and feel the same emotions as others but that you have generated your own sad or happy emotions based on your perception of the situation.

When you develop psychological problems, you can restore your psychology by solving the specific problem through counseling, religion, getting advice or information. All of these activities are considered as types of consolation and diversion that employ external factors in attempts to transform your emotions into positive or void ones. They are all legitimate and necessary measures that help you restore psychology in the process of pursuing happiness in human relationships.

However, there are cases where the activities for consolation and diversion do not help since you have developed some pathological psychological condition with fixated emotions regardless of external facts. Your unconscious may generate only negative emotions upon any perception, retrieval of memory, or expression. Then, consolation and diversion do not help improve the condition and actually aggravate the situation.

Excessive generation of both positive and negative emotions requires psychology treatment. In both cases, you are considered to have lost the balance of emotions being unable to process the whole range of emotions in adequate ways. People who stay in negative emotions tend to look for treatment methods and make efforts to recover. People who pursue positive emotions do not consider themselves as having problems, so hardly look for treatment. They may seek treatment when they are put in the situation where they suffer from extreme negative emotions since they cannot pursue positive emotions. When they apply solutions to psychological problems such as consolation or diversion instead of adequate methods of psychology treatment, their condition gets aggravated even further, usually developing into bipolar disorder.

Any attempt or treatment method that adopts providing positive sensory stimulation for the purpose of generating positive emotions that counteract negative emotions will lead to distorted operation of the unconscious and aggravate the psychological condition. Repeatedly producing temporary positive moods through positive sensory stimulation lets the conscious recognize positive moods and cover up the distorted operation of the unconscious. Then, your underlying condition keeps deteriorating without being recognized and properly being addressed, and you may become to pursue only positive moods from sensory stimulation at all costs. In extreme cases, the psychological condition causes serious relational conflicts or even crime cases destroying your life and the life of your loved ones.

We must accurately understand the operation of emotions for proper psychology treatment. When people in depression, which is the disorder of memory of emotions, keep activating positive moods through sensory stimulation, they easily transfer to expression disorder and then, symptoms of depression disappear. This can be mistaken for depression having been treated, but it actually has aggravated the pathological condition. Now, they have both the disorder of memory of emotions and expression disorder. Thus, the unconscious generating emotions and the sensory stimulation generating moods are completely different. Psychological problems can be solved by consolation and diversion but psychological disorders must be treated by normalizing the operation of the unconscious.

Emotions are generated and sensed only by yourself. Your emotions have nothing to do with situations and other people. It is unwise and unhealthy to pursue positive moods through sensory stimulation from consolation and diversion. Also, it is not recommended that you provide empathy, advice, consolation, and rapport when you find people around you have psychological disorders. They must treat themselves on their own adopting proper psychology treatment methods. What looks good on the surface may not be necessarily good in a true sense.

[On Divorce] I am divorced but still live with my ex-husband due to financial circumstances.

Q. I am divorced but still living with my ex-husband since I can't afford to get a place for myself. My ex-husband also gives me living ...