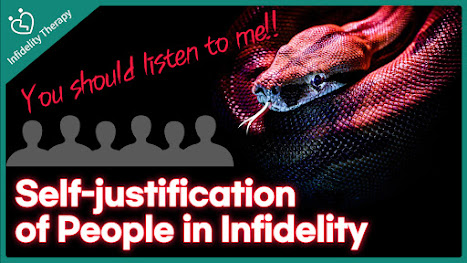 There are people who are even worse than people in infidelity.

All the people described above destroy human relationships. The following are some typical arguments they use for self-justifications of their behaviors or ideas.

1. Infidelity is only a fleeting one-time incident that can easily happen. Everyone who think and talk lightly about infidelity is justifying infidelity.

5. Infidelity issues can be resolved by help of counseling and psychiatric therapies.

6. You need to know the story of how infidelity happened and proceeded to resolve infidelity issues. People who think and argue that psychology treatment requires knowing what exactly happened in the past are justifying infidelity.

What do you think? What do people around you think? Infidelity is caused by relationship addiction, which is a severe psychological disorder that can advance to intermittent explosive disorder or hysteria. It is a condition that keeps recurring for the whole life time unless adequately treated. People who advocate and encourage infidelity entice you to get advice from people, solve practical problems such as divorce or lawsuits, take counseling, or develop dependency and obsession on work, hobbies or children.

[Review] Change and hope for happiness

I have been taking KIP Treatment for 8 months to treat my relationship addiction. I was really unstable and anxious before starting the tr... 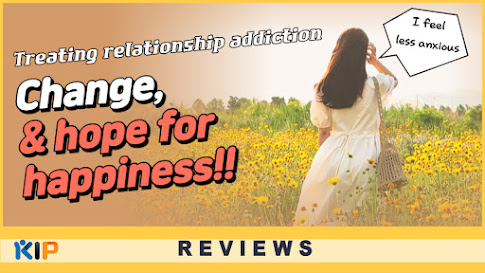