[The Psychology of Dating] The pink lens effect 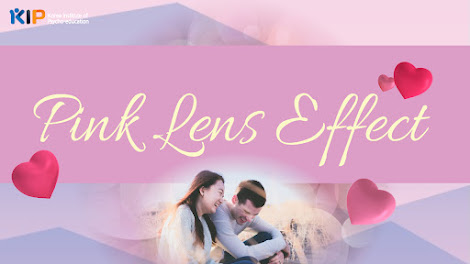 When a woman and a man date and they like each other, they may develop the condition in which they perceive everything about their partner in a positive way. Then, you are considered to be under the influence of the pink lens effect.      The man and the woman may see each other almost everyday and have a wonderful time every time they meet. They keep contacting each other into late at night to maintain the positive moods through phone calls and text messages. The man may find the woman getting grumpy and irritated so charming. The woman may perceive the man's irrational behaviors as his strength.

By definition, the pink lens effect is a phenomenon of distorted perception of the reality and it is supposed to be only temporary if the operation of your psychology is normal. During the period under the pink lens effect, you perceive all of your partner's characteristics as merits and strengths, with which you maximize your own positive emotions and accommodate them with the conscious thoughts. You become to believe that you and your partner are at the center of the universe, and any advice from other people is rejected since your are absolutely convinced that your idea is right. You only generate excessive positive moods from your relationship with your partner making any normal psychological interaction with stress and wounds meaningless and not applicable. The man is considered to have developed the pathological condition of distorted passion and the woman with distorted love.

Men usually like being with women they date since they find it fun and pleasurable for women to respond to their speech and actions. Men do not like women who are not responsive no matter how beautiful they look since such women do not lead men to generate passion. Men often get silly when they are with women they like to trigger women's response. Men feel good or bad depending on women's response. The man may keep getting sillier when the woman keeps responding to them. When the woman expresses a serious objection against the man's behavior, the man may still keep bothering her thinking that she actually likes it and it is fun for both of them.

Women's and men's minds operate differently, which not many people perceive or admit. Men think that what is fun for them is perceived as fun by women. Women think that men they are dating will like them as much as they like the men. Adhering only to their own ideas thinking that women's and men's minds operate identically will necessary result in some form of relational conflicts.

The man gets immersed into positive moods and mistakes passion for love. He may say that he loves the woman every time he is in positive moods. However, love is the emotion of feelings not of moods. What the man considers as love is actually only positive moods.

Men's passion instantly disappears the moment they develop negative moods. The best thing to do to remove men's passion is women's interference and meddling. Men cannot tolerate or accommodate stress and they attempt to remove stress the moment it flows in for perception, which makes them lose passion as well.

When a man is in negative moods in the afternoon, he automatically feels that he had a terrible time in the morning, when he actually had a wonderful time. Men's mind is manifested only by moods, which reflect only the present psychological state. On the other hand, women's love is lasting and consistent. Women also experience ups and downs depending on the current stimulation for perception, but their feelings of love do not change but continue inside them. By design, women accumulate wounds from the relationship with men and develop negative feelings, but they still keep their feelings of love toward their men.

Only moods operate in men, so everything tends to be temporary and improvised. Women may get wounded upon some negative experiences since feelings instead of moods operate in women's mind. Men, who carry moods, tend to have frothy ideas and display exaggerated actions. Women, who carry feelings, tend to remember the smallest details from most events and incidents. Men's and women's minds are different at a fundamental level, which naturally leads to exchanging stress and wounds. People experience many relational conflicts due to the lack of understanding about the difference between men and women in the operation of mind. When you understand the operation of the other's mind as well as your own, you can become more understanding and considerate and stay free from unnecessary conflicts.

The fuel for generating passion in men is the continuous inflow of positive moods. A man having passion toward a woman indicates that he is not stressed by the woman. When the woman provides response upon the man's attention, the man keeps producing energy of passion from positive moods. The fuel for generating love in women is men's continuous attention since women perceive men's attention as love. As the man pours his passion into the woman more and more, the woman falls into love with the man more and more. Here, it must be noted that each party is falling into their own moods and feelings respectively in the psychology of dating relationship. This mechanism explains the pink lens effect, which is considered as a temporary psychological disorder.

The pink lens effect naturally wanes as time passes and it usually disappears in 6 months to 3 years. The pink lens effect contributes to the man and the woman getting married to each other by temporarily connecting the man's moods and the woman's feelings and generating the man's passion and the woman's love toward each other. It is considered as a temporary psychological disorder that is naturally treated without external intervention.  As time passes, both the man and the woman take off their glasses with a pink lens and begin to see their partners with their bare eyes. They begin to see the other's weaknesses and exchange negative moods and feelings, which results in stress in the man and wounds in the woman.

This mechanism explains the phenomena where many couples break up in about 3 years after they start dating. Some couples continue dating for more than 10 years. They may be in actual psychological disorders, with which they continue to pursue fun and pleasure in the dating relationship. Or, the man has developed unlimited responsibility toward the woman and the woman has developed maternal love toward the man as it happens in a married couple. In the latter case, the couple may keep dating without generating passion and love but do not break up and stay with each other like friends.

Experiencing the pink lens effect in a dating relationship is a perfectly natural and healthy phenomenon. It indicates that both the man and the woman have healthy psychology with pure passion and pure love. However, some people start dating with their own selfish purposes. When you date someone with your own selfish purposes, you already have a psychological disorder and you will sever the relationship as soon as you learn that dating does not accord with your own selfish purposes. You may leave your partner either when they have lost what you want from them, or when you have achieved all you have wanted from them.

However, when you keep repeating dating and breaking up even with pure passion and pure love, it indicates that you have another different type of psychological problems. It may indicate that you are an egocentric person and have strict thought standards that allow no room for flexibility or negotiation. Then, you may keep seeing partners and keep breaking up since they do not accord with your thought standards in some way without entering the phase of the pink lens effect.

No two people on the earth share identical thought standards since everyone's life experiences are unique, and no human relationship is free from some degree of conflicts generating stress and wounds. When you begin to see your partner's weaknesses after some period after you start dating, it only indicates that you have come back to your normal psychological condition and now you can begin to build a true romantic relationship exchanging stress and wounds and experiencing the whole range of human emotions.