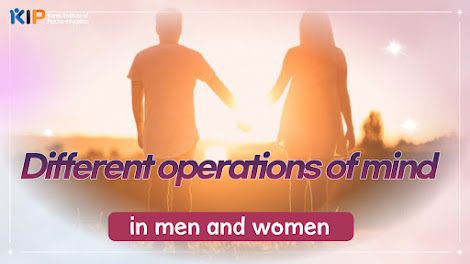 Some people always get hurt in a romantic relationship. They may have great abilities in their career and other areas, but not so in dating. They can succeed in romantic relationships when they learn how human mind and psychology operate. When they understand how psychological interactions operate in a dating relationship, they can prevent their own and their partner's moods and feelings from getting ruined and hurt.

There is nothing more attractive than two people's minds being connected, and trust must precede for minds to be connected. However, these days, women seem to prefer men who actively approach them to shy and passive men. Men also prefer women who readily respond to shy and reserved women. People in these days seem to prefer falling in love at first sight rather than achieving a romantic relationship as a result of a long and hard process of courtship to earn the partner's heart and trust.

Men like women who readily respond to their attention, but most men know that they need to make efforts and wait for women's positive response. On the othr hand, there are some extreme cases where women may not budge an inch even when men pour all their passion into them. These women may actually be in self-love in a distorted way. Women who grew up being loved a lot tend to be positive toward everything and have humble character. They are considered to have self-love in a true sense. Women who think that they are too good for any man tend to have high standards but be empty inside. They are unlikely to meet men with healthy psychology and usually regret their behavior after men leave them even if they meet good men.

Men do not date to satisfy women from the psychological perspective. They take time and make efforts only for their own fun and pleasure. Men can not get immersed into women when they cannot have fun and pleasure from being with them. It is because men can generate passion from fun and pleasure only when women respond to their actions.

Women's psychology of dating operates completely differently from men's psychology of dating. They may pretend to be not interested in men when they actually like them. They often hide their feelings. For example, the woman finds the man especially handsome today, so she really wants to spend a long time with him until late at night. However, she is worried that he may read her mind and acts completely in the opposite way from her intention by repeatedly checking the time. The man thinks that she needs to go home early and helps her get a taxi early in the evening. She is disappointed and blames him for not reading her mind.

Dating is a two way interaction. Love and passion are formed when two people's minds are connected. When the woman receives attention without giving any response to the man, the man loses interest in the woman. Hiding your feelings and waiting for the man to do everything for you will lead nowhere in a romantic relationship. You cannot but confront with courage, get hurt, and suffer from pain to build feelings of love.

Some women let the man they like leave them because they do not want to get hurt. Not wanting to get hurt means they are calculating. You must exchange thoughts and emotions frankly to understand each other in a dating relationship. Stress and wounds necessarily accompany the process since everyone has different thought standards.

If you are afraid of getting hurt from the relationship with the man you like, you can give up forming human relationships and raise a pet. Pets cannot hurt your emotions since they do not interact psychologically as humans do. Minds cannot be connected between humans and pets in a true sense. When the woman keeps her mind closed, the man will give up and leave to find another woman to pour his passion into.

Suppose that a woman has liked a man for a long time without telling him about her feelings. One day, the man confesses that he likes her. Very strangely, the woman stops liking him as soon as she learns about his feelings. This happens when the woman has psychological wounds from past experiences. She may have negative experiences from past relationships or traumatic experiences related with men. Her anxiety and fear can override her positive emotions toward the man. If so, she needs psychological treatment to restore healthy psychology before seeing men for dating.

When the woman displays anger and irritation at the man, it indicates that she likes the man and wants the man to pour more passion into the woman. Also, when the man continues to give attention to the woman even when the woman doesn't like the man, the woman gradually becomes to like the man since she has been storing many things related with the man in her memory. Here, attention and obsession must be clearly differentiated. Attention comes from the desire for giving but obsession comes from the desire for one's own satisfaction.

Suppose that a man who works at the same office keeps asking the woman for a date and follows her everywhere for months. At first, she feels uncomfortable and even a little scared, but soon, she becomes indifferent to him thinking that he will stop someday. Then, he really stops following her and she feels worried and anxious since he is not seen around. His unconditional attention giving has generated feelings of love in her. Women accommodate stress and accumulate it as wounds in the memory. When men's attention to women continues, women's unconscious perceives men's attention as love and treats wounds. However, men's attention with selfish purpose only grows wounds in women.

The operation of women's wounds makes them recognize psychological pain and difficulties, which are signals for treating wounds. Women's expressions of irritation and anger are also signals for treating wounds. When the man provides the woman with attention and consolation in this situation, the woman's wounds are treated and feelings of love and happiness are generated in her unconscious. Whether women like the attention or not in the conscious does not matter here and indifference does not produce any emotion in women.

Men carry moods and women carry feelings. Men automatically develop positive moods when positive stimulation is sensed through sensory organs. That is, they perceive the counterparty's response in a positive way. Then, they can generate passion when they get immersed into positive moods. The woman feels happiness when she is convinced that the man truly loves her. However, the man does not know about the woman's mechanism of mind and thinks that all he needs to do for her is to make her have fun and pleasure. Women, who consider feelings important, usually do not trust men who pursue only fun and pleasure of the moment.

Women evaluate men by their speech and actions. They look for manners, honesty, considerateness, and wisdom in men. They get disappointed and hurt when they cannot trust men for their love. Women trust men who listen to them carefully. Women are sensitive to men's attitude when they are listening to women's talk. They will stop talking when men look distracted or do not focus.

Women get hurt when men provide less attention to them. Suppose that the woman and the man decide to spend their vacation separately with their own friends. The man and his friends go to the beach and the woman and her friends go to the mountain. The man has an absolutely wonderful time, but the woman does not enjoy the vacation at all since she actually wanted to spend time with the man instead of her own friends. Upon returning from the separate vacation, the woman expresses her negative feelings to the man, but the man does not understand the woman's emotions at all. She keeps expressing her negative feelings and he does not even want to talk about it and explodes. Now, their talk develops into an argument and the woman walks out on him.

Both men and women have high expectation for each other in a dating relationship. However, men do not understand women's mind operation and tend to follow their moods moment by moment. This leads women to feel both feelings of love and happiness and feelings of wounds alternately. The woman stops talking when she feels hurt for some reason which the man has provided but usually cannot fathom. The man thinks that the woman is a capricious type. The woman develops inner conflict on whether she should continue or stop this relationship.

Men's and women's minds operate differently so they think and act differently. Men get stressed when being with women is not fun or pleasurable. Women feel hurt when their desire for love is not fulfilled by men. When they cannot heal stress and treat wounds for some prolonged time, they may decide to break up thinking that dating is difficult. Men automatically block the inflow of stress or eliminate stress as soon as it flows in. Women automatically accommodate stress and store it in memory after transforming it into wounds. Stress and wounds are generated when information that flows in for perception does not accord with their thought standards. When both parties adhere to their own standards without being considerate of the counterparty's perspective, men lose passion and women lose love in the relationship. You must always consider your partner's position, emotions, and ideas and try to understand each other to build trust with open mind.

Love and wounds, and passion and stress are in an inseparable relation. Pursuing only one's own pleasure or happiness necessarily leads to relational conflicts. Suppressing or avoiding conflicts will only grow stress and wounds aggravating problems. Looking for causes of conflicts and trying to be considerate and understanding are crucial in building healthy dating relationships. Neglecting conflicts will result in additional conflicts and misunderstanding, which in turn will pull down trust and eventually end the relationship.

[Mother Therapy] How to raise your child's sense of self-respect

Every parent knows that their children need to build the sense of self-respect to live a happy life. They may try to help children bu... 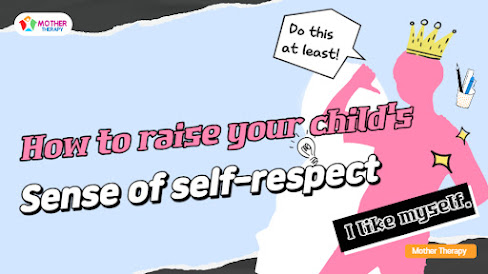